The Quantum Workshop on Twiter

The Quantum Workshop is Dr. James Millen and Dr. Lia Han. If you have questions, or would like us at your event, please contact thequantumworkshop@gmail.com

We will do anything, we’re very nice! 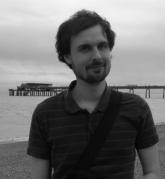 James did a degree in Physics at Imperial College London, finishing in 2007. He then headed north to do a Ph.D. in Experimental Atomic Physics at Durham University. He built an experiment to cool and trap atoms of Strontium, and studied giant atoms and ultra-cold plasmas. In 2011 James returned to London as a Post-Doctoral research assistant studying levitated microparticles, their applications and their potential for use in the study of Quantum Mechanics. In 2015 James jetted off to Vienna, to work on high-mass quantum physics. In 2018, James will set up his own group at King’s College London, to build levitated nanoparticles into technology. 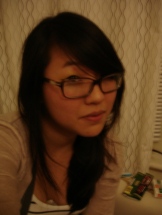 Lia will write something pithy about lasers and cats once James asks her to.